Yes I get that a lot.

Because I do not agree that going to a place of worship makes me a better person. Point to note, I am not sorry for my stand regardless of any facts anyone decides to put forward.

The only point I see that makes sense in going to church so far is the issue of communion, community. However, let us not stretch it by saying the bible says this and the bible says that. We will have another problem there, at least with me.

I grew up a christian, or rather I was brought up as one, Catholic to be precise. For all I care, and like my friend Herbert, author of robbing chance would say, “we are all just one birth away from being Adolf, yes you guessed right, Hitler”.

Don’t get it twisted. I believe in God. Matter of fact, I believe my God is feminine. This makes me religious, right? Yes it does. Is there any rule that says I cannot come up with my religion? If none, would it be okay if I practised self-religion? We can think about the meaning of that later.

I am always skeptical saying I believe in “God“. Does anyone here know the origin of that word? For the sake of the meaning attributed to this word which is a higher supernatural being, let us also call he or she, GOD. I digress. 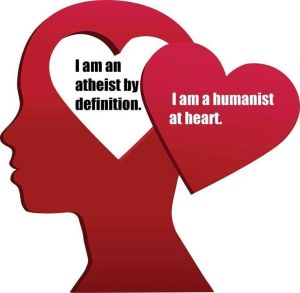 What I am curious about here is; “how do we equate not going to church with lacking belief in the existence of a God or Creator of our beings”??

Is a life without religion = atheism?

Spill please, I am open to listening and understanding your perspectives… 🙂

Some terminologies and their basic meaning (don’t look at me, i am not the dictionary):

religion | rɪˈlɪdʒ(ə)n |
noun [mass noun]
the belief in and worship of a superhuman controlling power, especially a personal God or gods: ideas about the relationship between science and religion.

atheist | ˈeɪθɪɪst |
noun
a person who disbelieves or lacks belief in the existence of God or gods: he is a committed atheist.

God | ɡɒd |
noun
1 (in Christianity and other monotheistic religions) the creator and ruler of the universe and source of all moral authority; the supreme being.

2 (god) (in certain other religions) a superhuman being or spirit worshipped as having power over nature or human fortunes; a deity: a moon god | the Hindu god Vishnu.

creator | kriːˈeɪtə | noun a person or thing that brings something into existence: James Bond’s creator Ian Fleming | water—the creator of climate and weather. • (the Creator) used as a name for God.

communion | kəˈmjuːnjən | noun (3) a relationship of recognition and acceptance between Christian Churches or denominations, or between individual Christians or Christian communities and a Church

This site uses Akismet to reduce spam. Learn how your comment data is processed.