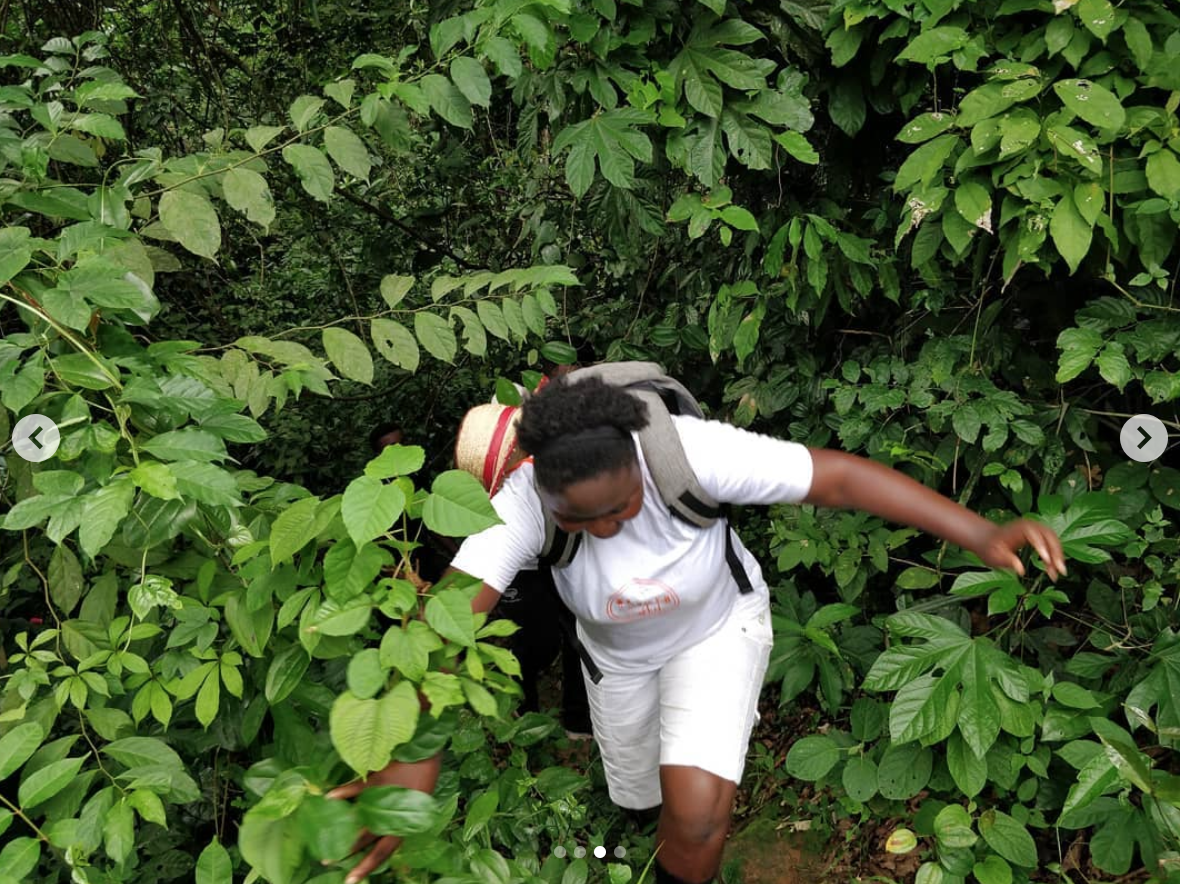 This post has been sitting in my draft for almost a year now, today it sees the light. Early in 2019, I discovered a group of Nigerian Adventurers called Naidrenalin. They hold the belief that there are beautiful places within our country waiting to be explored, and best explored in groups.

While it’s no longer news that security concerns are a big factor in why tourism is unable to thrive within our nation, it’s also not news, or maybe it is, that there are beautiful spots scattered around our country waiting to show us the beauty that lies within.

That beauty is what Naidrenalin seek to capture and share with the world. So you can imagine the curiosity that arose within me when I stumbled on their Instagram post, where they listed Hiking the Ruins (Walls) of Eredo Sungbo as the next place to be on their list.

Let me tell you why I was curious and interested. I’m from Esure Town in Ijebu-Imusin, and even though we lived in Lagos until my parents retired, we came home often for Christmas. I spent my University Life in Ijebu towns as I attended the Olabisi Onabanjo University. This meant I had heard numerous stories about Bilikisu Sungbo’s Shrine (where she was laid to rest) and the Sungbo’s Eredo. I heard stories about the formidable wall she had built around Ijebu Kingdom too, but didn’t quite know the location of that.

The shrine, about 10 minutes drive from where I schooled, and where our village Hub currently is, was one I never visited, even though I yearned to. So when I saw the Naidrenalin crew were coming, of course I had to be part of it. So I signed myself and an high school graduate (with permission from her parent) I was currently teaching digital skills.

The day came, we got dressed in boots and hats, packed our backpacks and I still thought the walls we were hiking must surround where her resting place was. I was surprised to discover it was about 30km from our hub when the Naidrenalin boss sent a map location of our meeting point, and in the current Epe town (a city in Lagos), though only about 35 minutes from our hub according to Google maps, but 80 minutes due to awful roads.

I was determined not to miss this adventure so we set out, the cab we took had a flat tire mid-journey, this driver had no extra tire (bad practice but not uncommon in our climes), so we found a bike also known as Okada and he got us to our meeting point. The Lagos Naidrenalin crew met us there about an hour later, we almost thought we went to the wrong meeting point. Or I guess I was wandering where the walls we were to hike was and had no idea what they might look like. Well, I would later find out.

We started our hiking by touching base with the Baale, (community leader) of the Eredo Town to state our intentions. We were assigned guides who will lead us and tell us the story of the walls.

I don’t think I could ever have imagined what the walls looked like if I never hiked those walls. We were done in one hour, as we were told most of the walls had fallen and that was what was left of it. Though short, I can’t tell you how much I marveled at the beautiful walls we hiked. This was not a straight road hike as I had pictured in my mind, it was curvy, deep in some places, steep in others and high of the ground.

However, the wall was really really tall, I hope the pictures Fike took does a little justice and if one day it doesn’t stand anymore, I pray the pictures abound on the internet help to tell the story behind the walls of Sungbo’s Eredo.

I must not forget to mention Bola John, the amazing Doc who is a Team Lead for the Naidrenalin Lagos Crew, plus she takes badass photographs I stan!

This site uses Akismet to reduce spam. Learn how your comment data is processed.